Laser eye surgery is a fast and effective method of modifying a patient's eyesight -- but it isn't for everyone. Though most individuals with poor eyesight will qualify for laser eye surgery, some will not. The process of laser eye surgery and its recovery is fairly simple and easy, so disqualifying factors are generally related not to the health of the patient but whether or not the surgery will be beneficial to them for a long time to come.

Patients Under the Age of 18

Children have eyes that are still developing -- and consequently their prescriptions could be changing as well. Patients under the age of 18 are not considered good candidates for laser eye surgery because it could hamper the natural development of their eyes. Some optometrists also prefer to wait until a patient is out of their early twenties, though this is up to each optometrist individually.

Patients Who Have Rapidly Changing Prescriptions

Laser eye surgery is generally not recommended for patients whose prescriptions have been changing significantly year-over-year. In general, an optometrist will want to see a prescription stabilize first. Otherwise the patient could find themselves with poor vision even after the laser eye surgery, as their prescription could keep changing.

Patients Who Are Pregnant

Patients who are pregnant shouldn't generally get laser eye surgery -- but the concern isn't damage to the patient or their baby. Instead, the concern is primarily that pregnancy hormones will continue adjusting the patient's eyes, which could lead to an inaccurate laser eye surgery. Even something as simple as the high blood pressure some pregnant women experience could potentially alter the vision readings.

Patients Who Have Large Pupils

Among physical issues that patients could have, having large pupils may interfere with the laser eye surgery results. Patients who have large pupils may experience numerous issues following the surgery, ranging from glare to double vision. Because of this increased chance of side effects, most optometrists will not perform the surgery on those with large pupils. However, which pupils are considered to be "large" may be up to the optometrist's opinion.

For those who can qualify for laser eye surgery, laser eye surgery can ultimately be a cost-effective corrective surgery that removes the need for glasses or contacts. But patients who are considering laser eye surgery should schedule an initial consultation as early as possible, as they need to make sure that they qualify. For more information, talk to a professional like Dr. Charles A. Richards, O.D. 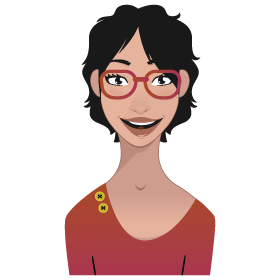 After struggling for years to see clearly, I realized that it was time to break down and go in to see the eye doctor. I had been avoiding it for years because I didn't think that my vision was bad enough for glasses, but after almost hitting a pedestrian in the street with my car, I knew that I needed some help. I started looking around for a great optometrist in my area, and I was able to find a great doctor. My eye appointment was a breeze, and now I can see completely clearly. This blog is all about improving your vision.